The Brazil national football team (Portuguese: Seleção Brasileira de Futebol) represents Brazil in men's international football and is administered by the Brazilian Football Confederation (CBF), the governing body for football in Brazil. They have been a member of FIFA since 1923 and a member of CONMEBOL since 1916. Brazil is the most successful national team in the FIFA World Cup, being crowned winner five times: 1958, 1962, 1970, 1994 and 2002. Brazil also has the best overall performance in the World Cup, both in proportional and absolute terms, with a record of 73 victories in 109 matches played, 124 goal difference, 237 points, and 18 losses. Brazil is the only national team to have played in all World Cup editions without any absence nor need for playoffs.

Buy authentic soccer jerseys with the names and numbers of your favorite players, fromNeymar JR, Roberto Firmino to Vinicius Junior.

This Brazil jersey was inspired by the 50th anniversary of Brazil's 1970 World Cup victory (the third of five so far), worn by Pelé, Carlos Alberto and the rest of the Brazilian national team in the Mexico 70. The Brazil 2020/21 Nike Home Shirt features The Seleção's signature yellow and green. It has a round neckline, just like the 1970 kit, with matching cuffs. Tonal diamond shapes add character to the neckline and cuffs. 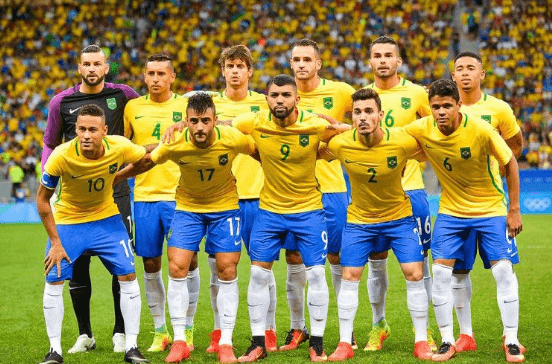