Manchester United is one of the most successful football clubs in the world. Man Utd is not only one of the top teams in the Premier League but also a club that has won more trophies than any other club in English football. It is called the "Red Devils". 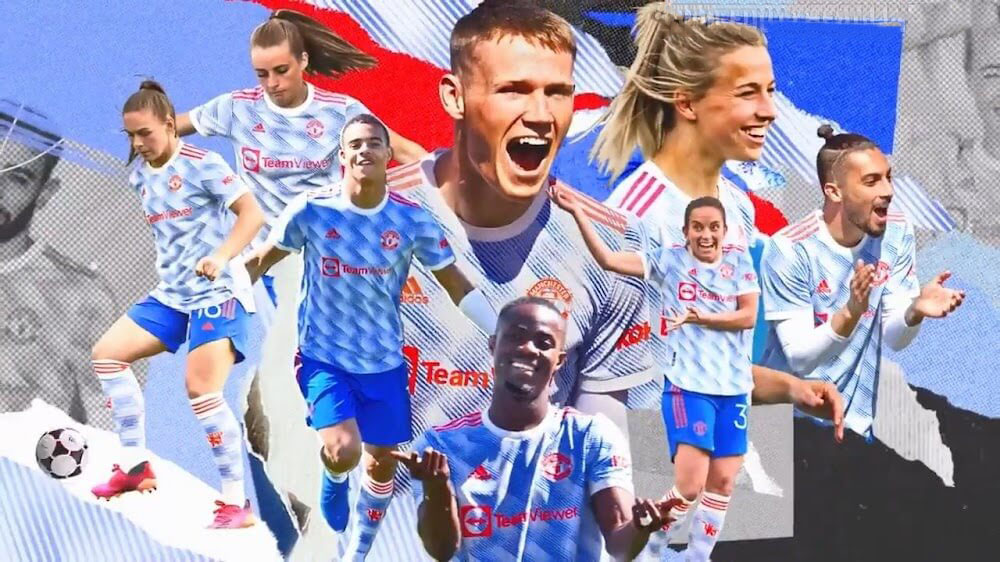 Manchester United's away jersey for the 2021/22 season has been launched. The design of the jersey is a combination of blue and cloud white. It adopts a modern abstract design and echoes the classics. It is inspired by the unforgettable 1990-92 season away jersey. With its classic design, it has become one of the most fan favourite jerseys in the history of the club.

The red club badge, Adidas three stripes, and sponsor ads stand out in blue and white, bringing passion and vitality to the jersey. The front of the jersey is the new advertising sponsor: team viewer, the sponsor on the sleeve of the jersey is still "Kohler".The team logo on the adidas manchester united jersey is a woven crest. The woven crest shows you're Man Utd through and through, with its Manchester United colors.

This man utd away jersey is specially designed by Adidas for fans. The jersey has a retro look with a white crew-neck collar and cuff bands on the sleeves. It combines soft doubleknit fabric to absorb sweat and wick away sweat, allowing them to wear comfortably and keep them fresh.

Our model wears this jersey in L size, the model's 180cm height, 84kg weight and Chest size: 106cm, you can refer to it if you want to purchase manchester united away jersey. 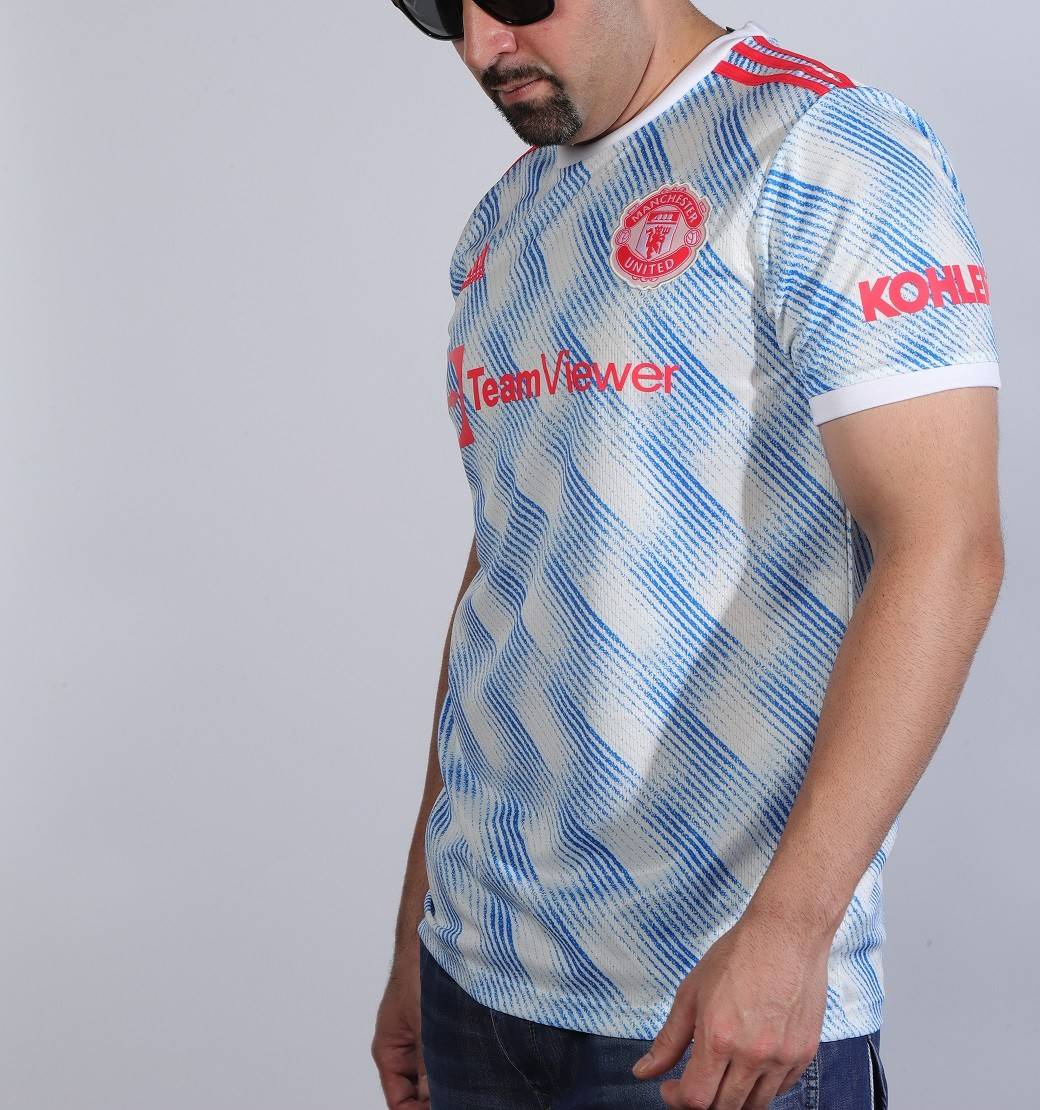 The Manchester United away jersey is paired with blue shorts. These are the same color as those worn by a champion team in 1986, in honor of the club's past brilliant achievements and because it looks good! If you want to buy these memorable kits click here: Manchester United Away Shorts 2021/22

Really good quality, recommend you all to buy. Even the letters are original and cheap, very good!

The quality of this jersey is spectacular, the size of the shirt fit me perfectly and I had no troubles with the shipping, absolutely recommendable.

I really love this shirt, the badges, the sponsors, the name and the number of the player are correctly printed. I would totally recommend buying in this page.

Really great quality on this jersey!! The shipping took a while but it was definitely worth the wait. The font is accurate and so is the Badges I had put on the jersey, even if FIFA did change it! I 100% recommend GoalJerseys.