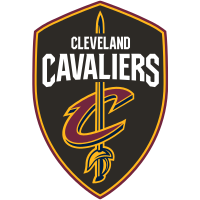 The Cleveland Cavaliers, often referred to as the Cavs, are an American professional basketball team based in Cleveland. The Cavaliers compete in the National Basketball Association (NBA) as a member of the league s Eastern Conference Central Division. The team began play as an expansion team in 1970, along with the Portland Trail Blazers and Buffalo Braves. Home games were first held at Cleveland Arena from 1970 to 1974, followed by the Richfield Coliseum from 1974 to 1994. Since 1994, the Cavs have played home games at Rocket Mortgage FieldHouse in downtown Cleveland, which is shared with the Cleveland Monsters of the American Hockey League. Dan Gilbert has owned the team since March 2005.