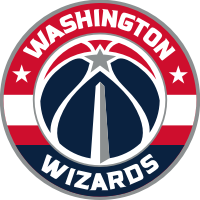 The Washington Wizards are an American professional basketball team based in Washington, D.C. The Wizards compete in the National Basketball Association (NBA) as a member of the league s Eastern Conference Southeast Division. The team plays its home games at the Capital One Arena, in the Chinatown neighborhood of Washington, D.C. The franchise was established in 1961 as the Chicago Packers based in Chicago, Illinois, and were renamed to Chicago Zephyrs the following season. In 1963, they relocated to Baltimore, Maryland, and became the Baltimore Bullets, taking the name from a previous team of the same name. In 1973, the team changed its name to the Capital Bullets to reflect their move to the Washington metropolitan area, and then to Washington Bullets in the following season. In 1997, they rebranded themselves as the Wizards.